Only Locals Would Know: Vizcaya Museum and Gardens 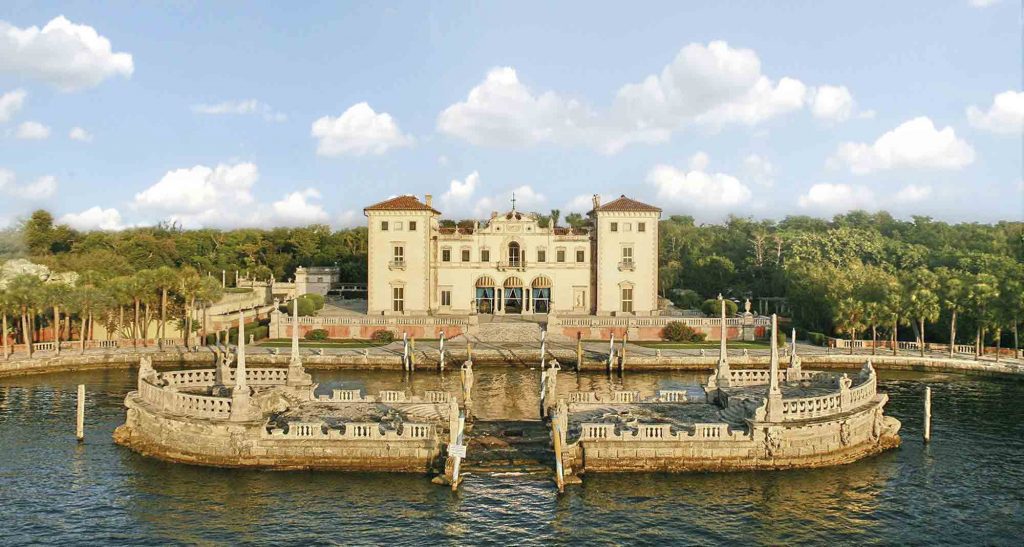 It is not Venice. It is not Rome… It is the Vizcaya Museum and Gardens.

This stunning and beautiful American Villa is located in the heart of Miami, Florida.

Vizcaya was created as James Deering’s subtropical winter home in the 1910s and today it is a National Historic Landmark and accredited museum.

James Deering (1859–1925) was a retired millionaire and a bachelor in his early fifties when he undertook the challenge to build an elaborate this estate. He was afflicted with pernicious anemia, a condition for which doctors recommended sunshine and a warm climate: Vizcaya became the place where he hoped to restore his health. He loved sailing and boating—he owned three yachts—and was greatly interested in landscaping and plant conservation. Both hobbies were to play an important role in the design of Vizcaya. Deering died a bachelor in 1925, leaving Vizcaya to his half-brother, Charles.

In 1952, James Deering’s nieces, Barbara Deering Danielson and Marion Deering McCormick, conveyed Vizcaya to Dade County (now Miami-Dade. In the following year, the estate opened as the Dade County Art Museum within the County’s Park and Recreation Department. Deering’s descendants generously donated Vizcaya’s art collections and transferred the buildings and grounds to the County for $1.4 million.  Vizcaya quickly emerged in the 1950s as a major tourist attraction—a characteristic it retains today.

… Only locals would know this.

That is why you need a partner that offers local credit approvals and unique plans for your growth. At Banesco USA we are proud to be local and support this great community; home of beautiful treasures like the Vizcaya Museum and Gardens.